When I was back in the UK before COVID_19  sent me packing back to Australia, I was lucky enough to go and spend some time with my uncle and aunt in Surrey. My uncle has led the most extraordinary life full of adventures, enterprises and opportunities. Of course there have been heartaches and life lessons learned along the way but the prevailing feeling one gets when you are with him is that of a true zest for life, something that ignites a passion for seeking new ideas and an upbeat attitude that spreads a warmth amongst those he meets. The other thing about my uncle is love of music. It has been there his whole life and one he has shared with me for all of mine.

From being spun round to the sound of The Beatles ‘You Drive me Dizzy Miss Lizzy’ to seeing the recording of his own performance of ‘Substitute’ with tribute band The Surry Pumas recently, I know how much his love of music influenced mine and what a keen sense my uncle has always had for identifying pioneering concepts. Hence when my uncle introduced me to Robin Black I knew I was in for a real treat. 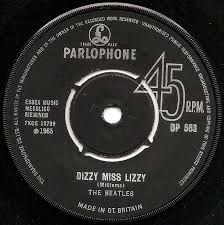 Robin has been in the music business forever! Ok for the most part of one of the most significant period in the era of pop music. You only have to check out this video clip to get an idea of how incredibly talented and well-respected this guy was and still is.

Please enjoy this little view into the world of a professional creative.

Tell us about how you got into music Robin. I had piano lessons for a couple of years when I was nine, then learnt the acoustic guitar. I managed to get a job in a London recording studio and became a sound engineer.

Did you work with anyone we may have heard of? I was lucky to work with great artists such as Paul McCartney, Cat Stevens, Jethro Tull, and Pink Floyd.

Wow – incredible and then what has your career been like since this star-spangled experience? I eventually set up my own studio in surrey called Black Barn Studios. More recently I started writing ideas for TV and Film.

Sounds interesting is that where you settled professionally? A friend suggested I write music to help people relax. Years ago I had attended a course in meditation and found meditation really helped get rid of stress.

Tell us some more about TLBC: We formed a company called The Low Beat Music Company. The music is written at a special tempo that is below the heartbeat of humans and it is a fact that listening to music of low beats triggers a natural process called brain entrainment and enables the listener to relax. If you listen to the music last thing at night it will lower your heart beat and enable the listener to totally relax and go to sleep more easily. I wanted to help people to enjoy total relaxation without having to do a course in meditation and in fact if you know meditation you could have the music playing as well. We tested the music on many people and received great results. I used to be scared of flying and a friend of mine worked for a company that puts all entertainment on British Airways flights. I am pleased to say my music has been on British Airways long haul flights now for a year and I have had great feedback from people who have listened to the relax music on the flight.

Where did you ever come up with this novel idea? My daughter was having huge problems with her five year old daughter getting to sleep and so I wrote music at a tempo below the heartbeat of children because children have a faster heart beat than grown-ups. The Low Beat sleep Music for children was played to the child at bedtime at a modest volume and the child went to sleep with no fuss and it worked every time.

This music for children is now on our website the low beat music company unique music.

Many thanks for agreeing to be interviewed Robin, Imm sure I will sleep easy now we’ve spoken!