Could these two periods of time be more different? Can we look back and say we’ve learned from mistakes of the past and so built a new more tolerant world? What makes us human, defines both our capacity for great acts of charity, as well as our capacity for unspeakable acts of hatred. These critical questions are ones that Suanne Gevay’s latest novel, Heroes of the Secret Underground, demands its young readers to examine. Unafraid of tackling topics of war, cruelty, torture, genocide, and grief to name but a few, Susanne holds the reader by the hand in this classic voyage and return adventure narrative. Steeped in the rich and terrible history of wartime Europe and the ensuing intergenerational trauma, Heroes of the Secret Underground invites its readers to literally step into the shoes of the oppressed with the young heroes in the story and journey back, to walk beside them through their trauma. By doing so, both the characters and the readers will better understand wartime history and the healing process, so helping find new meaning in their lives.

Susanne Gervay’s story stands tall amongst the greatest tales of human suffering. It evokes the motif of  Hitler’s stolen pink rabbit, the magic of Carroll’s Narnia, the orphans of Dickens’s Oliver Twist, the innocence and bravery of John Boyne’s boy in striped pyjamas, and the hope in Gleitzman’s Felix and Zelda series. Gervay finds ways of showing the resilience and courage of her young protagonists during one of humanity’s darkest eras. I found myself lying awake thinking about the horror of those who were forced to jump to their deaths in freezing water for a long time after I finished reading this story. Gervay’s writing took me right there and held me tenderly as I reflected upon those empty shoes and wept. Yet in her retelling, there is a light that shines through the cracks in the doors, through the stained glass windows in the refuge of Budapest’s Glass House, and in the eyes of those who stand for social justice at a time when fear and atrocities dominated people’s lives. Nevertheless, the recounts and the memories of these atrocious historic events are presented to the reader in a compelling, age-appropriate, and heartfelt way.

How is it that Susanne can, and does, carry this off? Quite simply it is the light shining from her; the torch she carries as a crusader of truth and as a daughter of refugees who lived through this evil. As Susanne, herself says; ‘My parents taught me that, whatever evils beset us, we must keep our belief in the heroes in humanity. We must be courageous and for right, just like the underground did.’ Susanne not only have you given Australia a classic story, but you have given us yourself and the belief that with education comes understanding, the capacity for tolerance, and through that peace. 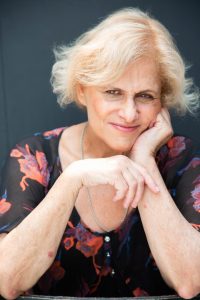